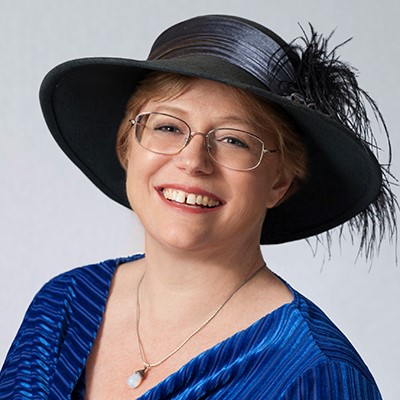 Joy is the creation of local, experienced journalist, Amy Barnes, who saw a need for a strong publication that would hold to the ideals, integrity, and honor of print journalism being a valued guardian of democracy and a community leader.

Ms. Barnes has lived in a historic home in Medina County for the last 21 years and loves the close-knit community spirit that can be found throughout the county.

Her journalism experience began in Oklahoma when her mother and aunt began a small community newspaper, and the whole family pitched in to make it a valued part of the town.

She learned at a very young age the role of print media as a guardian of democracy, saw the changes a newspaper can make, the watchdog protection it can provide against the government and heavy-handed elected officials, the celebrations of life it can encourage, and the connections it can make among a wide range of readers.

Armed with a bachelor's degree in News Communications/Reporting from the University of Oklahoma and plenty of experience, Ms. Barnes" career has spanned a wide range of publications in Oklahoma, Kansas, and Ohio, and included Cleveland Magazine and the Medina County Gazette. She has worked at every aspect of publishing from typesetting, layouts and supervising press runs to reporting, writing, editing, and selling advertising.

Ms. Barnes was raised on a tiny Oklahoma farm with a wide variety of farm animals and pets. She has a deep love of animals and a never-ending faith in humanity and its ability to do better.

Called "The Hat Lady" by many in the area, she became known for using intensive research to calmly take on such battles as removing arsenic from a local school playground, increasing the safety of a high-accident intersection, and many others.

She is thrilled to be able to bring Joy to Medina County and looks forward to featuring the quiet heroes who live here.